Essay on History and Importance of Algebra

Modern education is not developing as fast as electronic technology, so many have to go to classes with heavy portfolios. But there is a solution, for example, if there is algebra in the schedule, then you can simply download the pdf file of this textbook to a smartphone or tablet, and use the usual textbook only at home.

Algebra is not a separate science, but is part of mathematics. This is a more in-depth arithmetic. She studies the actions performed with quantities, this is, first of all, the conversion of numbers and variables and calculation. In other words, algebra is that part of mathematics involved in the operations of addition and multiplication. 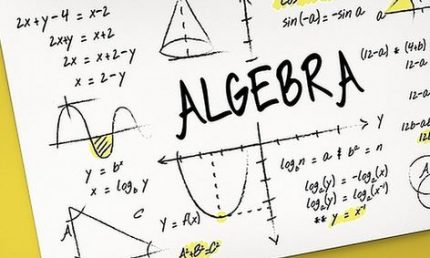 A Brief Excursion into the History of Algebra

The Origin of the Term “algebra”

The origin of the word “algebra” itself is not fully understood. According to most researchers on this issue, the word “algebra” comes from the name of the work of the Arab mathematician Al-Khwarizmi (from the very name of which, according to most researchers, the popular word “algorithm” derives) “Al-jabr-al-mukaballa”, that is, “the doctrine of permutations, relationships, and decisions, “but some authors produce the word” algebra “on behalf of the mathematician Geber, but the very existence of such a mathematician is questionable.

The Oldest Works on Algebra

The first work that has reached us, containing a study of algebraic questions, is a treatise of Diophantus, who lived in the middle of the 4th century. In this treatise, we find, for example, the rule of signs (minus minus gives a plus), the study of the degrees of numbers, and the solution of many uncertain questions that currently relate to number theory.

Of the 13 books that made up the complete work of Diophantus, only 6 have reached us, in which rather difficult algebraic problems are solved. We are not aware of any other writings on algebra in antiquity, other than the lost work of the famous daughter of Theon, Hypatia.

Algebra of the Arabs

In Europe, algebra reappears only in the Renaissance, and it is from the Arabs. How the Arabs reached the truths that we find in their writings, which have come down to us in large numbers, is unknown. They might be familiar with the treatises of the Greeks, or, as some think, get their knowledge from India.

The Arabs themselves attributed the invention of algebra. Magomed-bin-Muse, who lived around the middle of the 9th century during the reign of Caliph Al-Mamun. In any case, the Greek authors were known to the Arabs, who collected ancient works in all branches of science. Magomed-Abulvefa translated and commented on the writings of Diophantus and other mathematicians preceding him (in the 10th century). But neither he, nor other Arab mathematicians contributed much to his algebra. They studied it, but did not perfect it.

Classification and Functions of Algebra

Calculation of values ​​of one or another value;

Algebra is a compulsory discipline; they begin to study it from the fifth grade.
In algebra, people are usually strong with an analytical mindset. This science contributes to the training of memory and logical thinking.

Algebra is a required subject for admission to technical and economic universities.
Without algebra, no exact science can exist: physics, chemistry, drawing, information technology and economic disciplines.

The Role of Algebra in Modern Mathematics

The role of algebra in modern mathematics is extremely large, and there is an objective tendency towards further “algebraization” of mathematics. A typical way to study many mathematical objects, sometimes very far from algebra, is to build algebraic systems that reflect the behavior of the objects under study quite well.

So, the study of Lie groups in many respects reduces to the study of their algebraic reflections – Lie algebras. A similar method is used in topology – each topological space is associated in some standard way with an endless series of homology groups, and these series of algebraic reflections make it possible to very accurately judge the properties of the spaces themselves. It is with the help of algebra that the latest major discoveries in topology are.

It would seem that the translation of problems into the language of algebra, their solution in this language, and then the reverse translation only complicate matters. In fact, such a path is very beneficial, and sometimes the only possible one.

This is explained by the fact that algebraization makes it possible to apply not only purely verbal reasoning, but also a powerful apparatus of formal algebraic calculations to solve the problem, sometimes crushing the most difficult obstacles. This role of algebra in mathematical creativity resembles the role of modern computers in practical problems.

Algebraic concepts and methods are widely used in number theory, in functional analysis, in the theory of differential equations, in geometry and in other mathematical disciplines.

Along with the fundamental role inside mathematics, algebra is of great applied importance – it should be noted its outputs in physics (the theory of representations of finite groups in quantum mechanics, discrete groups in crystallography), in cybernetics (theory of automata), in mathematical economics (linear inequalities).

How to write a algebra essay

“Algebra essay” is not a literary processing of the studied mathematical material, but the compilation of a mathematical composition. A math teacher rarely uses this form of work, although mathematical writing is one form of students’ creative work in teaching math.

What types of activities should a student complete when writing a mathematical essay?

The most interesting and valuable are the compositions, in the compilation of which the student performed some research, noticed the properties of certain figures, independently proved mathematical statements, even if they are not so complicated, but a step has been taken for intellectual growth.

Noteworthy are the topics designed for the student to independently discover and prove long-known facts (known to others, but not to a specific student).

Modern education is not developing as fast as electronic technology, so many have to go to lessons with heavy portfolios. But there is a way out, for example, if the schedule includes algebra, then you can simply download the pdf…

Why do you need algebra: for the ability to think logically and abstractly. If it is logical – clear to everyone – it is, in fact, to think consistently, reasonably and correctly. That’s abstract – it’s worth explaining. The fact…

Definitions Algebra (from the Arabic “al-jabr”, part of the title of the treatise “Kitab al-jabr val-mukabala” , which uses systems of arbitrary nature in the corresponding algebraic operations, similar to the power of numbers. History In our time, algebra is…

The world has become so digital such that mathematics and science has contributed so much into the development of technology, and this technology has benefited humans in many areas of life and still continues to do so. Security has long…